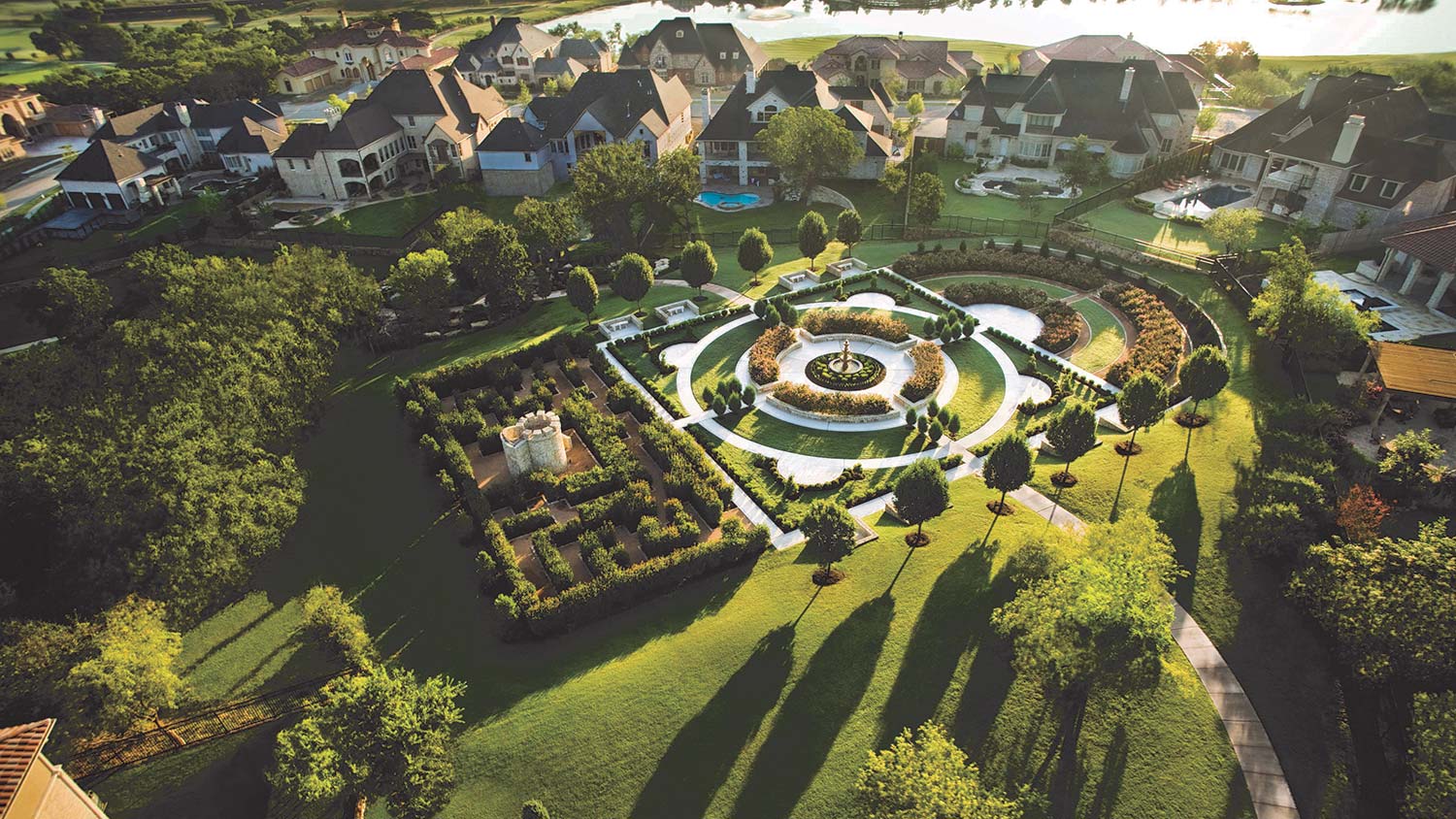 Living, The Realm at Castle HIlls

As published in the Dallas Business Journal

Perfectly centered northeast of Fort Worth and northwest of Dallas, and just five miles from the Dallas-Fort Worth airport, the City of Lewisville has become a hot spot for businesses looking to relocate to North Texas.

In recent years, the city has attracted a variety of companies in the advanced manufacturing, biotechnology and life sciences sectors, as well as the e-commerce and data centers industries. Castle Hills, a mixed-use community slated to be annexed by Lewisville in the near future, offers newcomers an upscale place to live, work and play.

The magnetic draw of Castle Hills

Located on the city’s northeast side, with direct access to the Sam Rayburn Tollway, Castle Hills is a 2,900-acre master-planned, mixed-use community. Developed on land owned by the family of H.R. “Bum” Bright, the former owner of the Dallas Cowboys, Castle Hills welcomed its first residents in 1998.

Lewisville has had an agreement with the Bright family since 1996 for the future annexation of the Castle Hills community. That annexation is scheduled to be completed in December 2021.

“The Bright family’s vision for Castle Hills was a walkable community, along with parks, schools and other amenities that people could enjoy,” said Eric Stanley, president of Bright Realty. “Most of the residential portion of Castle Hills features upper-end, decision-maker housing.”

Castle Hills includes Enchanted Hill, an exclusive golf course community of custom-built homes; the homes at Northpointe; Castle Hills Village Shops and Plaza for dining, shopping and events, as well as other product types for other demographics; The Lakes, an 18-hole championship golf course; the Crown Centre office and mixed-use development; and the community’s newest project — The Realm at Castle Hills, a 324-acre mixed-use development.

Currently under development, the $1.5 billion Realm at Castle Hills includes Discovery at the Realm, an approximately 750-unit gated luxury apartment complex; Valor at the Realm, an even more luxurious 260-unit apartment complex geared towards corporate relocation residents; Sojourn, an 80-unit, five-story luxury development of one-level condominiums with boutique-style retail shops on the ground floor; and Cottages at the Realm Castle Hills, 72 upscale, single-family rental homes in a gated development; along with Offices at the Realm and a variety of retail and restaurant options.

The area has been designed as a live-work-play environment. The community includes pools, hiking and biking trails, a lake with a waterfall and beach, outdoor fountains, dog parks, fitness centers, a yoga studio, a clubhouse and art features.

Despite the uncertain environment due to Covid-19, Castle Hills has continued to thrive. The last houses at the Cottages at the Realm were just completed a few months ago, and the development is over 90% leased. Throughout the entire community, the homebuilders are running out of lots to build on. “I’m starting the last large, single-family lot development section, and then we will explore pockets for future single-family lots,” Stanley said. “Sales are brisk in all of our product types.”

“Master-planned communities typically weather economic downturns better, and we’ve built what we believe is a very nice neighborhood community with all of the amenities someone would need,” he said.

Venturing outside of Castle Hills, residents can enjoy 119 restaurants and bars, 92 retail stores and 13 gyms and fitness centers within a three-mile radius.

In filling out the tenants in the Offices at the Realm, Bright Realty targets companies that need to be near the airport or Frisco’s North Platinum Corridor (formerly the $5 Billion Mile), as well as the highly educated workforce in Lewisville, Plano, Frisco, Carrollton and the Colony. The nine-story, 280,000 square-foot Offices at the Realm One, which opened in October 2019, is 80% leased. The four-story, 109,000-square-foot Crown Centre office building was just recently completed and is starting the leasing process.

Planned annexation to benefit both Lewisville and Castle Hills

Currently, Castle Hills is part of Lewisville’s extraterritorial jurisdiction (ETJ). “We’ve worked with Lewisville on a number of their corporate relocations,” Stanley said. “Over 20 years of working with the city, the relationship between the developer and Lewisville is as good as it can be, so even though we’re not officially part of Lewisville yet, we collaborate because it will ultimately benefit all of us.”

For the city, one of the benefits of Castle Hills is the single ownership of the community’s land. “We can get very creative because we own the land and have the ability to put in the public improvements that are required to attract businesses and help them with their overall development,” Stanley said.

When the annexation is complete, in addition to having another strong feature to offer to companies looking to relocate, the City of Lewisville will grow from its current population of over 115,000 to between 140,000 to 145,000 people, making Lewisville one of the 25 largest cities in the state of Texas. 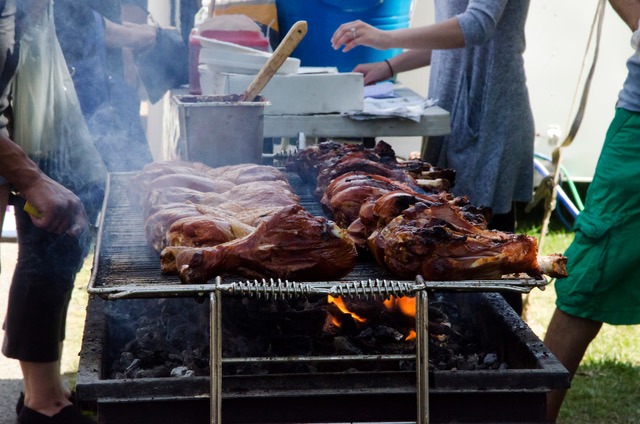 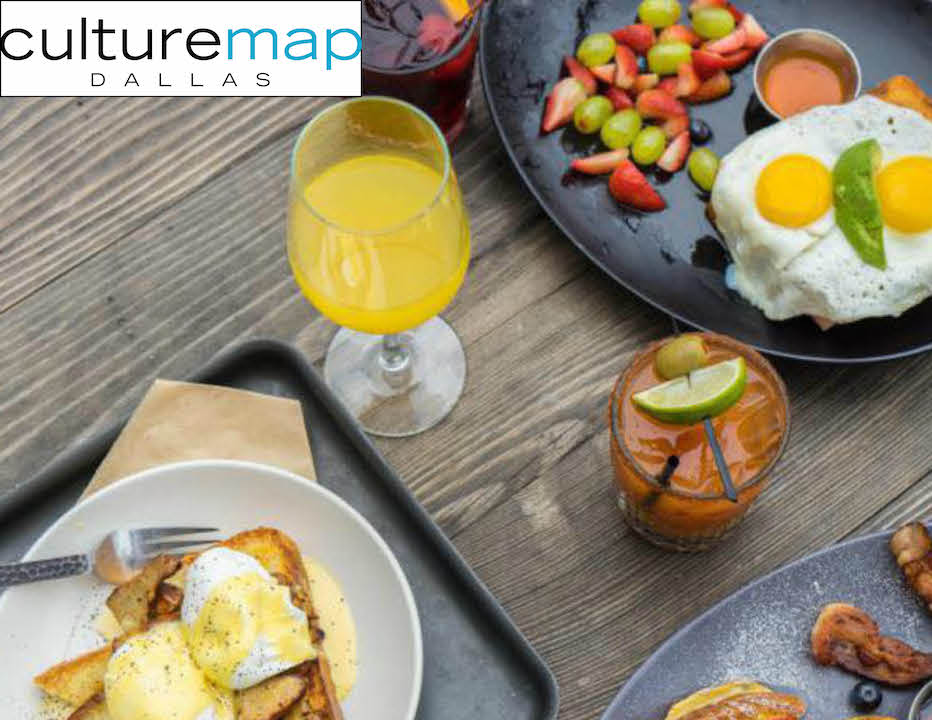 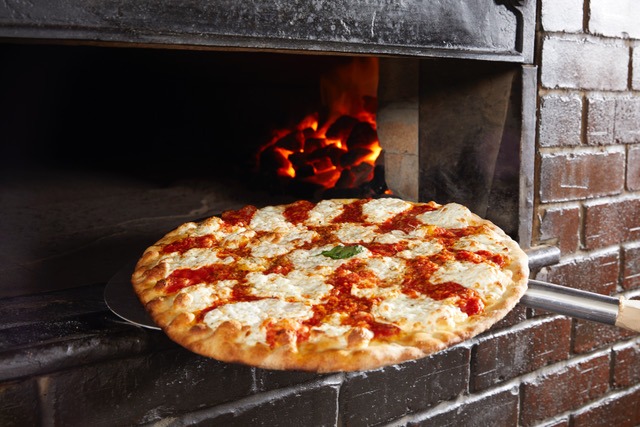 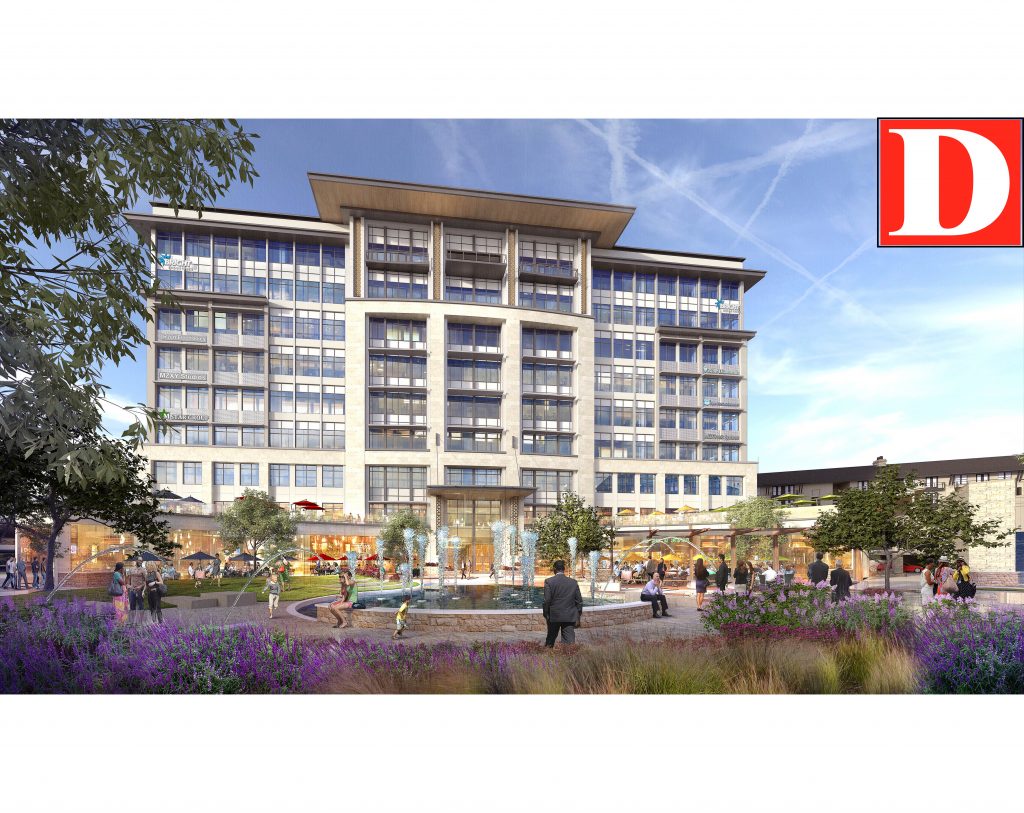 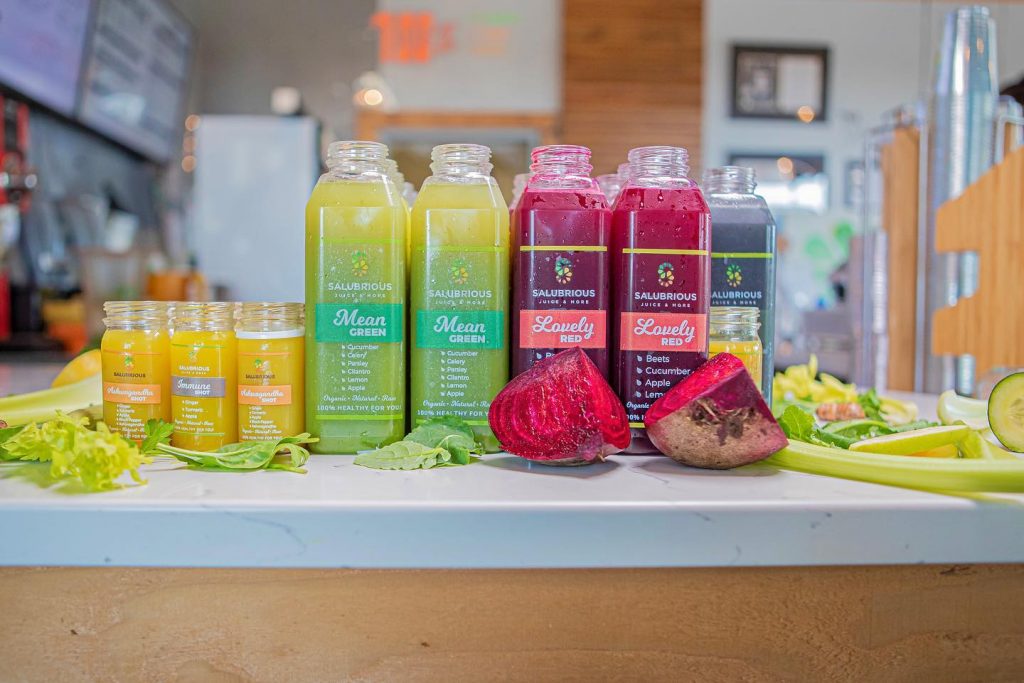 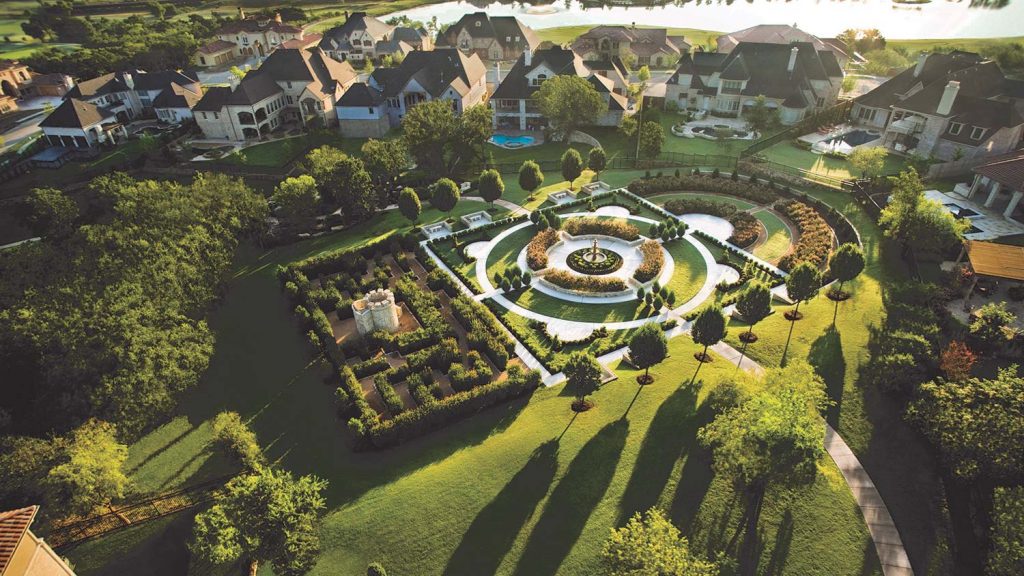 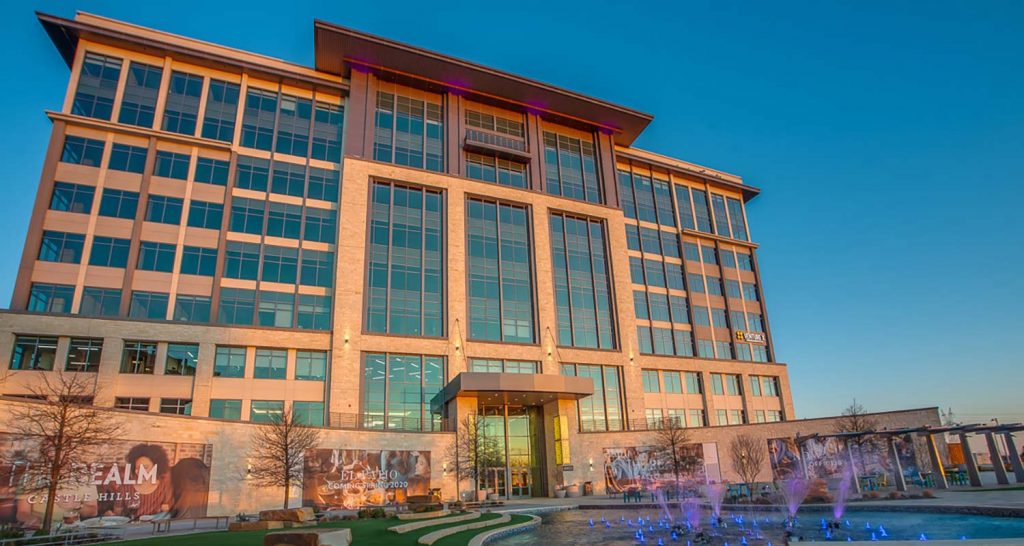 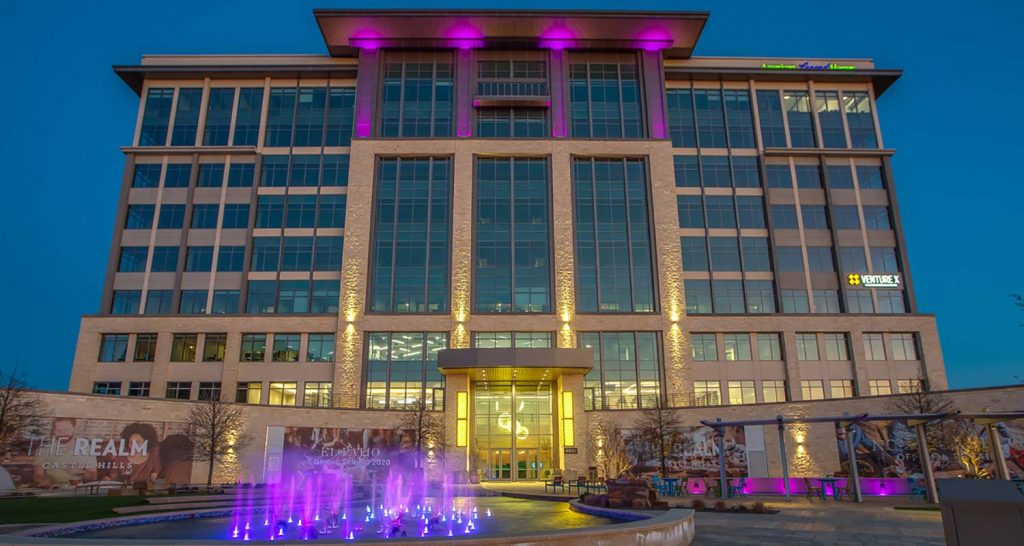 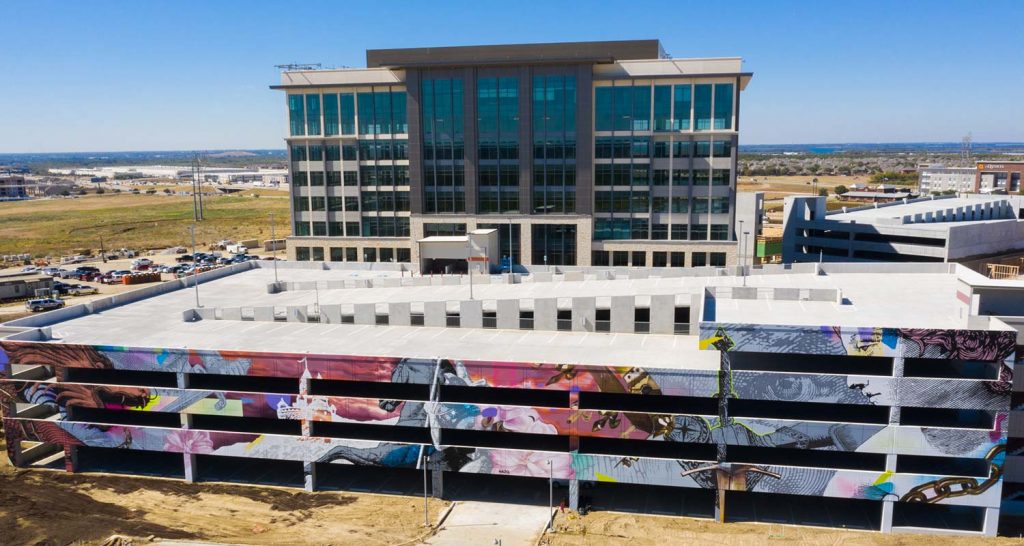 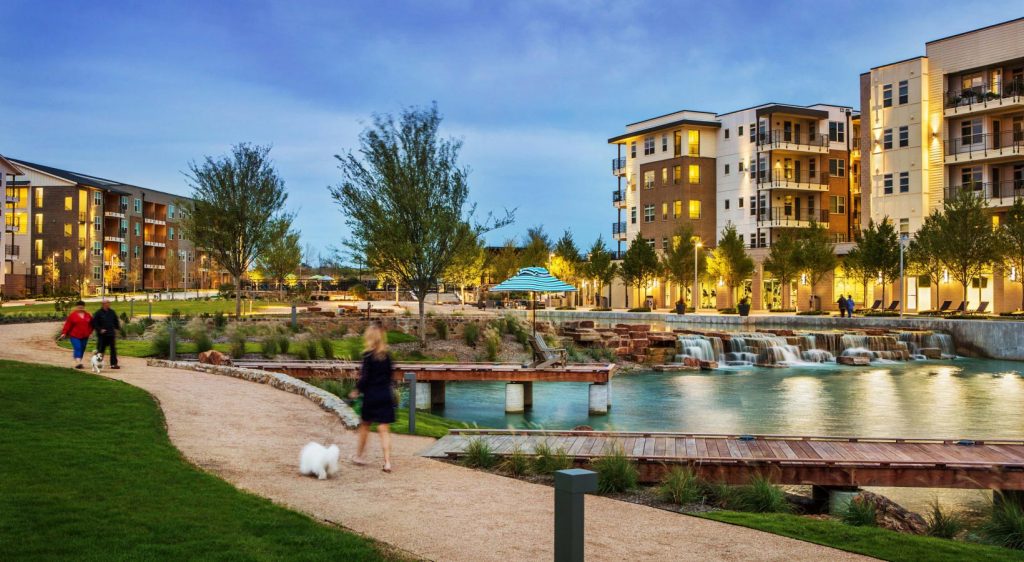